Hallucinogens, also known as psychedelics, are a category of drugs that can alter an individual’s perception of reality that may include hallucinations, heightened sensory experiences, and distorted thinking. Some hallucinogens may also cause individuals to experience dissociative feelings, a detachment from their bodies and minds.

Hallucinogens can be present in naturally occurring substances in some plants and mushrooms, and have been used for thousands of years in many different cultures to produce mystical visions and enlightening experiences. Synthesized hallucinogens were manufactured and used for the purposes of recreation, education, and enlightenment.

Although hallucinogens are not considered addictive, using them often can create tolerance in an individual’s body.

Classic hallucinogens are a category of chemicals that causes a distortion in one’s perception of reality. Some people report experiencing an expansion of consciousness, and an altered sense of time and space. Visual and sensory hallucinations are common side effects.

DMT (Dimethyltryptamine) is a chemical that is naturally produced in a plant, but it is also manufactured in labs. DMT is also a naturally occurring chemical in the human brain in trace quantities. DMT is only known to cause intense intoxication but no long term negative effects have been reported.

Ayahuasca is a type of tea brewed from specific plants containing DMT.

Psilocybin (4-phosphoryloxy-N, N-dimethyltryptamine) is another naturally occurring chemical present in some varieties of mushrooms, or shrooms. Consumed in the form of tea, psilocybin can create hallucinations, and spiritual experiences, however side effects may include panic, paranoia and nausea. Accidental ingestion of poisonous mushrooms also carries the risk of death.

This category of hallucinogens are known to affect an individual’s perception of sight and sound causing visual and auditory hallucinations. Another major effect created by this class of drugs is an experience of dissociation from one’s self.

Ketamine (Special K) is a type of chemical that is used in anesthetic medications, particularly in trauma patients. However, when abused this drug can produce powerful dissociative experiences such as near-death experiences, out-of-body experiences, and other experiences sometimes referred to as spiritual.

PCP (Phencyclidine) is another drug that was initially designed to be used as an anesthetic, but can create powerful side effects causing hallucinations, amnesia, paranoia, and a distorted sense of perception. Long-term use of PCP may cause respiratory issues, heart attack, brain hemorrhage, kidney failure and other risks.

How do Hallucinogens work?

Although it is not proven through research, classic hallucinogens are thought to disrupt the neural circuits of the brain that use serotonin as a neurotransmitter, which affects the prefrontal cortex area of the brain that regulates moods and responses to stress.

Dissociative drugs are thought to disrupt the brain’s glutamate system that affects learning, memory and emotions.

Although most hallucinogens are not considered addictive, long-term use and overdosing may sometimes cause adverse reactions needing immediate attention.

Some hallucinogens, such as PCP are known to be addictive and treatment should include detox, rehab and prevention of relapsing.

Give us a call.
We are standing by and ready to help.

We work with most insurance plans

Have Questions?
Get Help Now.

Call Us
Text Us Alyssa Mueller is an Associate Clinical Social Worker. She holds a Master of Social Work with a concentration in Community Mental Health from California State University of Fullerton as well as a Bachelors of Arts in Communication Studies with an emphasis on intercultural and interpersonal communication from California State University of Long Beach. Compassion, empowerment and unconditional positive regard are the foundations of her clinical practice, Alyssa has a passion for helping others and her priority is to hold space for clients to feel heard, to feel safe and to find fulfillment and self-love on their recovery journey. Alyssa specializes in addiction treatment, self-esteem building, mindfulness practices, grief and loss, trauma informed care, and self-compassion as well as individual and family therapy. She has extensive experience working with high risk populations in various clinical settings such as partial hospitalization, intensive outpatient care, outpatient treatment, schools, and community outreach. Alyssa uses a client centered and holistic approach to address the client as a whole person in order to help them to feel empowered and facilitate their confidence and independence. 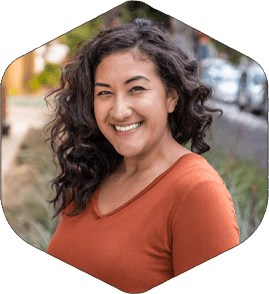 Charee has worked in the recovery field for 10 years.Charee is dedicated to supporting and inspiring clients to live a healthy lifestyle filled with meaning and purpose.Charee has extensive clinical experience within the recovery field in both inpatient and outpatient settings.She specializes in working with individuals and families affected by the disease of addiction however she has also clinical experience in assisting individuals,couples and families in working through a variety of concerns,including: depression,anxiety,relationship & communication issues,substance abuse,grief & loss,trauma, life transitions, and many others.Charee works with each client to specialize their treatment plan with what works best for the client in a compassionate and effective way. She emphasizes the strength of every individual client and fosters an environment of personal growth and internal healing from a mind, body and spiritual approach.Charee received her Bachelor of Arts from Seton Hall University, Majoring in Psychology and Minoring in Women and Gender Studies, in addition to her Masters in Marriage and Family Therapy from the University of Southern California. 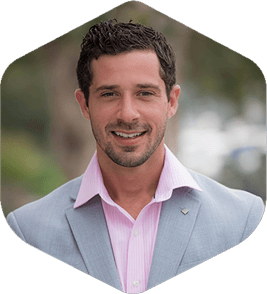 I began my journey to recovery back in 2011 when I moved to California from New York.Along wiht my recovery and beginning a new way of life,I began to develop a heart for others struffling with sobriety.My journey to California was filled with many trials and lessons learned, but most of all, personal growht.I truly believe i would not have found success if I didn’t come to California.I started CPR as a way to work with people in recovery on a daily basis and it evolved into something much more beautiful. I have also come to realize that my own personal happiness and recovery depends on being involved in the lives of people in recovery. Helping others recover is a cornerstone of many 12 step programs, as it is here. Giving back to those still suffering, is the only way not to lose what you have gained. It is the paradox that we live by every day.